Yoga and the Newton Fate 3

Look who’s been ignoring their blog! 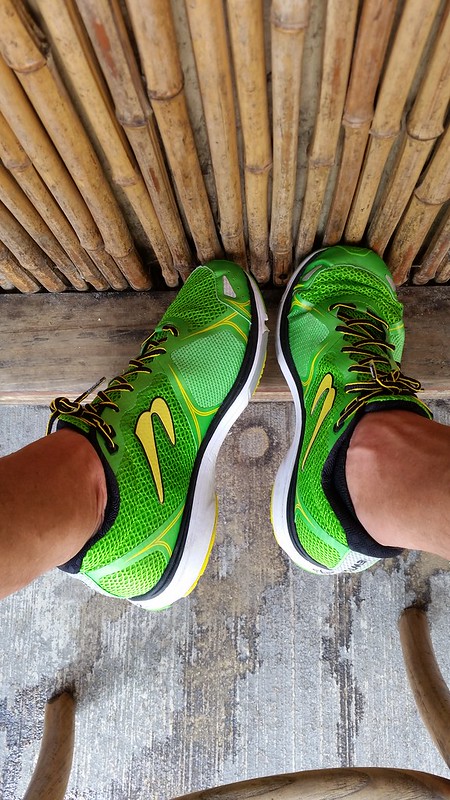 Where to start? Okay, the gym was a shit-show. I’ve had all sorts of leg problems the past year(S), and the Newton doesn’t solve any of them. What does? Yoga. Hot fucking yoga.
So people I run with kept suggesting I try yoga, and it intimidated me. There is the whole hippy-dippy perspective, then there is the thing where people aren’t bent backwards, and there is no way I can do that stuff. But the yoga is nothing like that. You can advance and eventually do that stuff, but you only have to do what you are capable of doing. No pressure.
The last year, I’ve been hobbled by hamstring and calf issues. Anytime I would try to increase the intensity, boom- right back to square one. The stretching I get from yoga, resolved those problems. So I get to increase the intensity of my runs. End up with tight calves from a hard run, do some yoga. Its not just calf stretches that help. The stretches for the lower back, and midsection help tremendously to reduce tightness in my calves, hamstrings, & glutes. I shoulda been doing all along.
Newtons: I had tried them one time before, but the forefoot lug was too uncomfortable for my foot and calves. So why did I buy a pair? Although I love Sauconys, the soles of their shoes are too soft. I run on the outside of my feet, and I was destroying shoes in a couple hundred miles. Figuring that I was doing the yoga, and that the Newton has a firmer sole (still lite & flexible), I took the dive and bought the Fate 3.
So far, good shoe! I had a tiny amount of calf tightness early on, but I’ve managed it with yoga. I wear these badboys everywhere. Walks, runs, out-and-about-the-town, everywhere. Have about 75 miles in them, and they are great. The soles are minimally worn, and I’ve set and reset my fastest times for 5k & 10k distance for the last 365 days time period.

I’m surprised by the fact that I would like the Newton. Honestly, if Saucony would have came out with a good looking Kinvara, I probably would’ve stuck with them, but they didn’t and I found a new fav shoe.

Also, in between the Kinvaras and the Newtons, I had bought a pair of Brooks Guide 9. I managed to scorch the soles of the Brooks in just a few miles. Plus I don’t like the looks of the Brooks. For me, the Brooks are dull. I would look down at my feet and think, “not much of a party going on at the bottom of my legs.” Meh.

So that is it. Keep on Chooglin’!